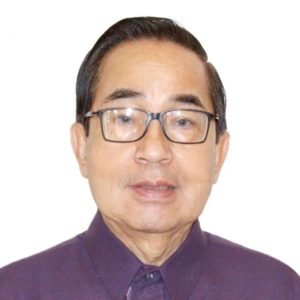 Geoffrey S. Tilan, Ed.D., President of Union Christian College, was unanimously elected President of the Indigenous Peoples Cultural Society of La Union, Inc. during the Meeting of the Board of Trustees held at the UCC Board Room, Capistrano Building, City of San Fernando, La Union on July 05, 2019.

The Elected Board Members were: Pablito Puclay from Santol; Teodoro Tucaqui from Bacnotan; Faustino Lazaro from San Fernando City; Norma Bautista from San Juan; Victor D. Lalu, Sr. from Pugo, La Union.
The officers agreed to conduct the La Union Indigenous Peoples’ Development & Cultural Caravan to celebrate the La Union IP Month starting October 2019 with active participation of Indigenous Peoples’ Students from the different higher education institutions of La Union. The students will be presenting their Cultural dances to show case their tribal talents in the native dances, among others. This project is a major component of the Provincial Transformative Agenda/Roadmap of Gov. Francisco Emmanuel “Pacoy” R. Ortega III.

As written in history and anthropological studies, the dance of the Indigenous Peoples have been recognized as most unique and with global identity that is well-liked by international visitors because it is a culture that was never westernized. In short, it is truly authentic as it has been preserved.

The contribution of the Cultural dances of the Indigenous Peoples’ is the attraction of international tourists in the promotion of tourism as an industry in the Philippines that can help propel the economic development of the province, region and the country.

This site uses Akismet to reduce spam. Learn how your comment data is processed.

Verse of the Day

They replied, “Believe in the Lord Jesus, and you will be saved—you and your household.”
Acts 16:31